Montrae Holland: Living Life to the Fullest Despite Your Condition 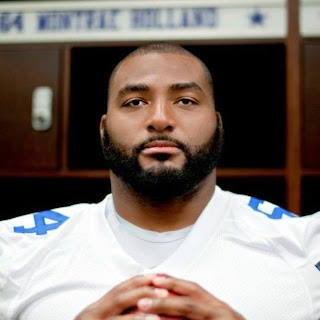 “Blount’s Disease opened all my doors to actually living. It gave me a different perspective in life. I felt if I can overcome this disease then nothing can stand in my way. I became goal driven.”


The above quote above was spoken in a recent interview by former Dallas Cowboy’s player Montrae Holland. Holland loved playing football since he was a kid and at the age of seven he started experiencing pain in his right leg that years later led to his parents having to take him to the hospital. There at Scottish Rite Hospital in Dallas, Texas is where Dr. Richardson diagnosed him with Blount’s Disease at the age of 12 on his right leg.


Blount’s Disease is a rare bone disease that affects either one or both legs that causes the lower leg to angle inward. Holland didn’t have treatment with bracing; he had surgery where they performed a successful osteotomy on his right leg. There was a time during the recovery process where he didn’t like going to school and would question “why me?”  As an adult now, he still has a plate and nine screws in his leg, but that didn’t stop him from accomplishing his goals. He made himself a promise that once he was healed he would live life to the fullest. As he healed and got better football was introduced back into his life and was able to play offensive guard. No injury had a chance because he defeated Blount’s. Even though down the road he didn’t get to play football again due to his bicep, in his mind, his torn bicep was nothing compared to what he had been through with having Blount’s. 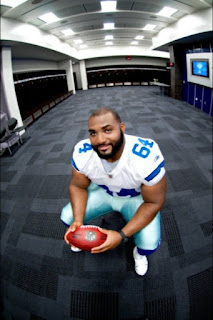 To this day, Holland still visits the hospital taking gifts to children and remains in contact with Admin of the Ben Has Blount's Network, Kira Hudson. Her son was diagnosed with Blount's Disease and she created her group six years ago in hopes to reach other families going through the same journey. Kira has advocated for many families and has had braces and other services donated to them. She continues to help raise awareness and has been a great support and inspiration to the Blount's Disease community.
The changes Holland wishes to see is actually within the patients to adopt a why not me attitude that will help them defeat Blount’s Disease and any other thing that shows its ugly face on their journey. “It’s a long road, but we have to keep the children looking forward and energetic. Giving them hope and something to look forward to. Focus on the vision. Keep their mind focused on this disease not being their end game. There IS life after Blount’s Disease.”
-Angela Urbano